In mid December Hunter Mountain in New York did a demo day for shop employees. Ride, DC, and Rome were in attendence. Ride and DC had this years boards and bindings, but Rome had all of next years boards and bindings! I got a chance to ride the 1985 Artifact and Postermania which are the reverse camber versions of the Artifact and Graft. With the plethora of different reverse camber options out there Rome went with the popular flat base or 0 camber with a little reverse on the tip and tail. This gives the boards a lot less "bannanaesque" feel and in my opinion doesn't really feel that different from any other regular cambered boards, but I will say buttering and presses are much much easier. So if you like the artifact or the graft you might want to check these guys out, if nothing else it will make you float way more in powder and give you those foot high presses you've always dreamed of! Below are some pictures of the aforementioned boards as well as a few others. 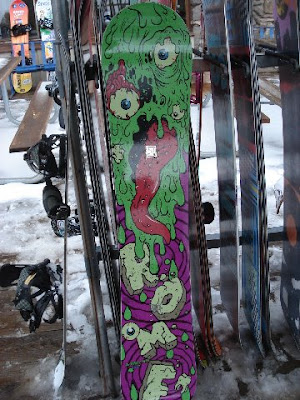 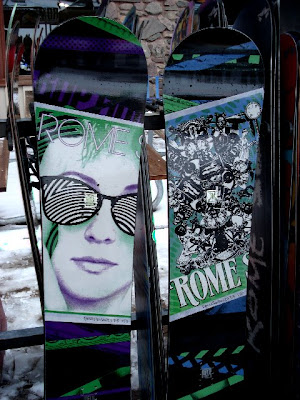 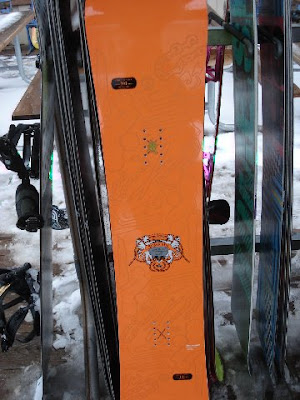 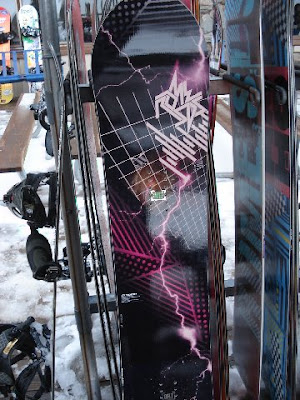 Dude theses boards look sick besides the artifact is pretty plain if you ask me :O but the postermania looks absoloutly amazing along with the 1985, do you know what the prices are gonna be?

why did rome screw up the artifact? the 09 sucked and the 10 looks shitty to the 08 was SICK and i dont know why they had to go and screw it up becasue it was a sick baord.... o well