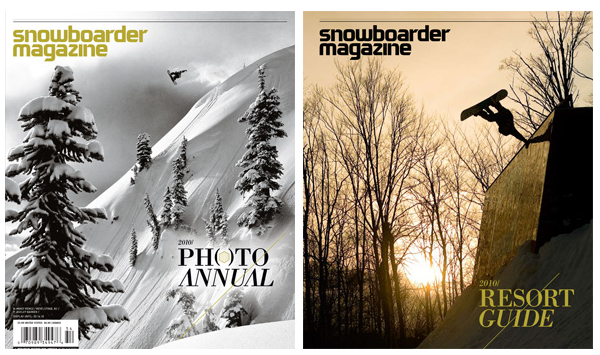 ON THE PHOTO ANNUAL COVER:
“This shot is what I like to call a big ol’ bag of firsties. It was my first day shooting with Mikey Rencz and the “Get Real” crew, and everyone’s first time in this sled zone. For Rencz, it was his first hit of the day, his first time ever hitting this feature, his first stomped backside seven of the year, and finally, his first cover of SNOWBOARDER.”
R: Mikey Rencz, L: Revelstoke, BC, P: Ashley Barker/”Get Real”