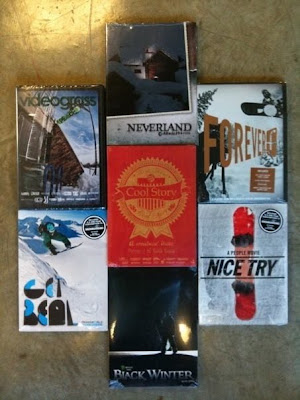 As you may know we have in quite a few new videos, and seeing as how they are all right around 30 bucks picking the right video for you is pretty important. No one wants to blow 30 bills on a shitty video! So to aid in your purchasing decision I have compiled my top 3 video choices for 2010! (all of the links are to the video's teaser) 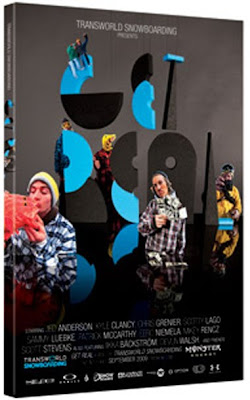 #3: Get Real(Transworld Snowboarding)- This is Transworlds Sophomore effort in the snowboarding world, and much like there fist video "These Days" it's awesome, not quite as good as These Days in my opinion, it was my favorite video last year. This year they have a whole new crew of dudes including Southboro's own and EB homie Chris Grenier along with fellow masshole Scott Stevens, as well as one of the best new up incomers in the game Jed Anderson. Grendy killed it with the first and in my opinion the best part he really stepped his shit up this year and he should blow up after this, couldnt happen to a better dude. The rest of the video has a nice array of backcountry killers like Devun Walsh, Iikka Backstrom, Sammy Luebke, and Mikey Rencz all of whom have sick parts. But fear not rail doggies Stevens does some really unique shit and contorts his body in a mind boggling way and considering he broke his leg mid season managed to still put out a killer part. Jed to no ones surprise had last part and came through with a pretty amazing part, once you watch it a couple times take the time to figure out what's switch and whats regular its pretty nuts. Overall a well rounded video that pretty much anyone can get into.-$29.99 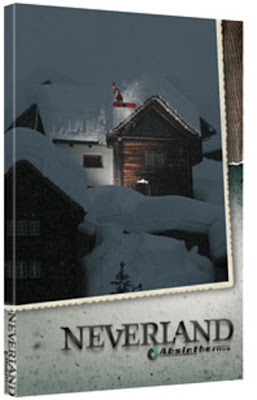 #2: Neverland (Absinthe)- For anyone who keeps up with snowboarding videos every year they no doubt know about Absinthe Flims! Every year they are in my top 3, they make videos that are cinematically breathtaking and feature some of the most amazing snowboarders in the world, they usually have a pretty good soundtrack on top of that. This year was no exception once again the editing and cinematography was top notch and the riding of course is about as good as it gets. Absinthe staples like Nicholas Muller, Gigi Ruf, and Travis Rice always have mind blowing parts and of course they came through once again, in my opinion Gigi and Nicholas have some of the best style out there and I always really enjoy watching them ride. This year brought a few new faces to the crew like Kevin Pearce, Bode Merrill and my favorite lady in snowboarding Ms. Marie France-Roy. All of whom have great parts and Marie shows woman can drop cliffs and slay the backcountry too, while being way hotter than anyone else. This video doesn't have a ton of rails but if you like snowboarding you'll like this video. -$29.99 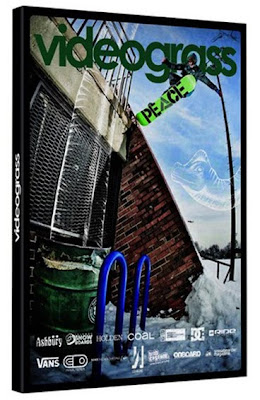 #1: Videograss- I have been hyping this video up for quite sometime now and for once a video actually lived up to the hype. I may just be a little partial to this video because it happens to feature most of my favorite snowboarders out right now and is made by one of my all time top 3 favorite riders; Mikey LeBlanc. This is definitly not your typical snowboard video, you wont see any crane or helicopter shots in this baby, which is fine by me. If you've seen any of the old Kidsnow videos (burning bridges, love/hate) its a lot like those, which happen to be some of my all time favorite videos. This is a rail kid video through and through. This video has an absolutely jam packed roster of rail shredders: Ben Bilocq, Laurent-Nicolas Paquin, Nick Dirks, Jonas Michilot, Louie Paradise, and Jake Olson-Elm for the tight pant crowd and Justin Bennee and Aaron Bittner for the snow thugs. This is a no part skipper video, every part is sick. Some stand outs in my mind are Laurent, Jake OE and Louie, who scores last part and has an absolutly amazing ender. Ben Bilocq really impressed me as well and managed to get first part and is probably one of the only full blown metalheads in snowboarding which is awesome. The soundtrack is great as well, everything from Biggie to GG Allin and even some Project Pat for good measure. Overall this is the most enjoyable video for me to watch this year. If your looking for 100+foot booters look else where, but if your looking for a video that has a skate video feel and looks like it was just made by a group of friends who are having fun on their boards definitely pick up Videograss. Two thumbs way up.-$27.99

I hope this helps you in picking a good video to invest your hard earned money in. Come on down and pick up any one of these great videos and get psyched for the snow, its only a few weeks away now! -Mike
Also be on the lookout for The Skeleton Crew video"Group Effect" dropping online real soon from what I've heard its going to be epic! Possible east coast premier in the works as well!