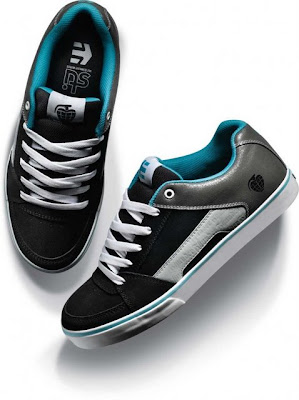 From the Etnies site:
"This shoe, what it stands for, and how it came about is a perfect example of the effect Johnny Romano had, and will forever have, on skateboarding.

A few months after Johnny lost his battle with Leukemia, Sean Malto and Mikey Taylor approached me with an idea to do something with Thunder and etnies to pay tribute to Johnny, as well as raise money and awareness for the Johnny Kicks Cancer organization that the Romano family founded.