Seppi Scholler is one of our snow bros from Austria. He and some of the guys from the shop became friends by chance while Seppi was in the US a few years back. If you "googled" him you would find all sorts of things but here's a quick catch up on the most positive and happy guy in snowboarding
Huck Mag interview 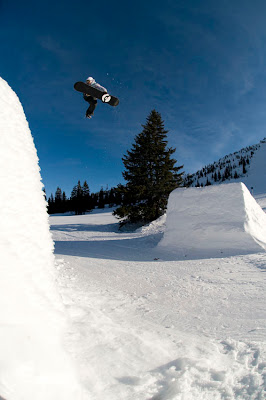 Seppi has been taking laps with TJ Schneider and done some clips for TJ's Snowboard Realms. His big project though has been launching LOVE over in Austria and it sounds like things are starting to happen for them. Seppi has a one footed shot here on one of their new snowboards ( Made in the Elan factory )...t-s, hoodies, and skate decks are also being made with LOVE. He mentioned that the LOVE video is in the works too, so things seem to be busy over there. 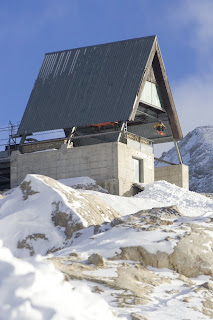 Like I said he's a happy guy and doing good things for others too. Recently Seppi said that (28. February - 1st March)"... our Social Charity Kids Weekend went down in Flachauwinkel.
In cooperation with Flachauwinkel and Blue Tomato we took 10 orphanage Kids from the “Kinderheim Stiefern” for 2 days out to Flachauwinkel and on the slopes to have a good time with us and the other Love Teamriders including Marc Swoboda, Ditz Pichler, Dominik Wagner, and me." ( Seppi )

( part of an email with Seppi ..)
"Yeah man, I'm all good! I've had a really super busy snowboard season. And "besides" this LOVE is also groweing really good. We also started to make snowboards! I'm really stoked about this! The sentence "love is freedom"written on the boards...also kinda like means that I'm "independent" and "grown up" and free from everyone now.. :). I had really good print and tv coverage this year. And I really focused the whole season (it's not over untill end of July..) on filmeing, because we will bring out an own LOVE team movie in October. As soon as the teaser is ready in summer, I'll send it to you guys. We will really try to make the movie different. It will have about 70 % snowboard and 30 % skateboard in it. Will have a big "art" and "social" aspect and I promise will be fun.. :) Snowboarders will be: Stefan Gimpl, Marc swoboda, Me, Flo mausser, and some more. I also asked Danny (Garrity) to give me some shots from him for the friends part! Also TJ Schneider will have some shots for example. We just went rideing together and he made some snowboard realms episode. In generall...we had A MEGA POWDER WINTER this year!!! Ok thats a little update on my last year.. :)"
.............See all the happy faces in there? The guys got move positive vibes than anyone I have ever met and it's awesome.

So keep your eyes open for the logo shown here and check out the Huck Mag interview too. In a world torn up with a lousy economy, countries at war, and other bummer happenings, it's nice to see someone trying to just keep things positive. Spread the LOVE.