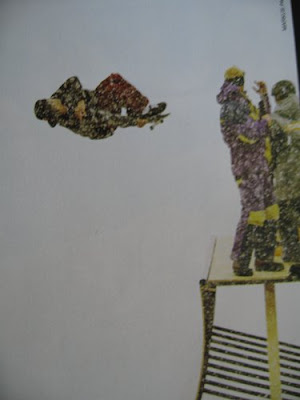 Remember when Danny Way started doing superjumps on his skateboard? Everyone was convinced that it would shut down snowboarding forever(...again). Danny did every trick you could do forwards and backwards on this megaramp. But that wasn't the first time I felt like we (snowboarders) weren't holding our own. Back in 1993 John Cardiel was skating a ramp at the bottom of some snowboard contest in Europe. And He was doing tricks that snowboarders weren't even doing yet. Just look at this McTwist while it was snowing. This picture pretty much stopped time for most snowboarders. How can we compete with that?

But thats why I love snowboarding, you can feel like a hero hitting any jump or pipe and rail. Then go ride some steeps and get some turns that a skateboard cant compare to. 60º pitches and stratghtlines down gullys. So Snowboarding isn't officially shut down... yet. Pat Moore & Travis Rice will save the world. Go watch Thats it Thats All. And Watch Forum or Against Em. They will revive your hope for the future of snowboarding. - old man mulch