Little Slammer Snowboard Finals Results and the winners are..... 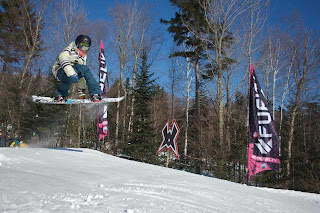 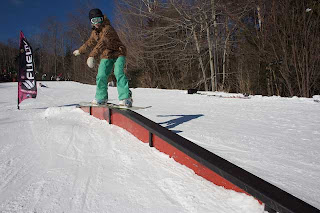 Waterville Valley, NH, January 26, 2009 -It was time for the snowboarders to bring their "A" game to the Little Slammer Snowboard Finals on Sunday, January 25. This was the finale of a three part mini slopestyle series created by Waterville for kids 16 and under. The series featured two divisions, the Little Slam for newbie's to the competition world and the Big Slam for seasoned competitors. The overall winners were the competitors who racked up the most points over the three part series. Product from Flow and Fuel TV were up for grabs for the Little Slam guys and gals. A 2009/2010 Waterville Valley Sponsorship was on the line for the Big Slam division overall point winners. The 2009/2010 sponsorship includes a WATERVILLE VALLEY season pass, free entry into all of our events and a bio on snowboardwaterville.com complete with pics and video. Here are the final results, great job ladies and gentlemen!

Check out the VIDEO and full PIC gallery!